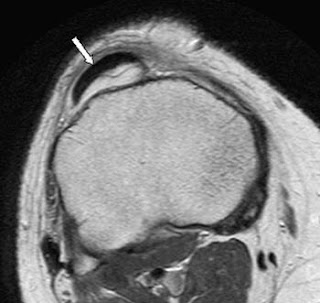 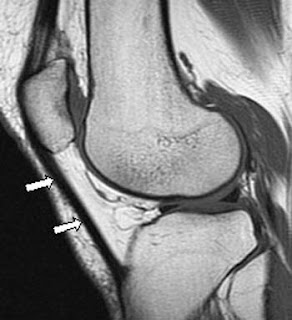 T1-weighted sagittal image in a patient with a normal patellar tendon reveals a homogeneously low signal intensity appearance to the tendon (arrows), which appears symmetrical in appearance throughout its course.